The ‘Belt & Road’ of Investing

When an Irishman layers praise upon a bunch of Brits they certainly must be doing something exceptional. While my Celtic heritage should restrain me from unbridled hero worship, within this feedback report, I’ll probably find it difficult to disguise my admiration for the selection of London Asset Managers I met very recently.

Most of you will be aware that China is currently building an Asia-European roadway and establishing better sea routes for its on-going trade: “The Belt & Road”. In the financial world, as it has been for many years, but even more so under the disruption of Brexit, the UK financial industry has further extended its globally proportioned tentacles around the planet to retain its crown as the ‘Belt & Road’ of Investing.

During my second attendance of the Investec Global Select conference, on 17th & 18th June, I did my best to absorb the terabytes of fascinating research and financial trends from some of the world’s finest.

The show kicked off at 11h00 on the 17th with our very own Hendrik du Toit, joint CEO of Investec Group being interviewed by our, other, very own Jeremy Gardiner. Hendrik must have stayed up all night preparing, then had two double espressos before arriving because, after being introduced by Jeremy, he launched off with a hurricane of facts and ideas that he just knew we wanted to know. Investec Asset Management is soon to be London listed as a separate company (October 2019) and will be even more focused on Investment Products, so that future looks great. He then, perhaps jokingly, tried to reassure the RSA advisor audience by suggesting that Jeremy Corbyn is worse than Ace Magasula – he may have a point!

In the area of opportunities, Hendrick strongly inferred that Asia is the one big (selective) investment opportunity for the foreseeable future. Then, that the whole ‘business of sustainability’ is a mega billion dollar growth area, which can marry the feel good combination of profit while protecting the planet. He ended with some future proofing advice by observing that jobs are a moving target and imploring us to ‘teach our children to be learners’.

Next up was a gathering of Investec’s Global Asset Managers and they immediately confirmed our suspicions that fundamental data is weakening and a Bear Market seems increasingly likely. Maybe 2019 or 2020? Grasping a political nettle, Philip Saunders, Head of Multi-Asset Investing said that Mr Trump was being ‘economically rational’ if perhaps very offensive, but rational. However, the economic freight train known as China cannot be stopped. What seemed unthinkable 10 years ago is now happening with certain trading partners becoming willing to settle their trades in Chinese Yuan instead of USD! Also, China is naturally progressing toward more and more internal consumption of its own production, making it less dependent on export for employment stability. They are also spending more and more on product R&D to become innovators instead of copiers. It is true that a trade war will cost China and the USA some serious bucks but, in a world that often ‘zero sums’, ASEAN countries could easily benefit. Asia is, for a while to come, a stock pickers market.

We were then treated to various reviews of Emerging Themes in the Advisor Industry, chaired by David Aird; Embracing New Realities, by Rhynhardt Roodt; Energy Transition by Tom Nelson and a rousing call for the economically sensible support of Sustainable Development by Deirdre Cooper.

Day 1 thoroughly primed me for day 2 and David Stronach, MD Investec IMS, opened by confirming that a blockbuster series lay ahead.

Up next was Richard Garland, MD, Global Advisor, Investec AM who chaired a panel of portfolio managers regarding the immediate future. The pervasive theme of ‘disruption’ again raised its head and the message was clear – ‘stay on your toes and be very selective.’

That session was followed by the very self-effacing data guru Javier Rodriguez-Alarcon, head of EMEA Client Portfolio Management, Goldman Sachs AM, who showed us that only 2% of all data is currently being analyzed (maybe Big Brother isn’t watching you – yet!) and that they are digging deeper to establish consumer trends long before corporate quarterly reports declare the related numbers. Today and, increasingly in the future, portfolio managers will be using AI to spot emerging trends and, perhaps, enter or exit positions before the financial statements confirm their decisions. Could this be an early form of ‘time travel’?

We then transitioned into our favourite topic; Emerging Markets. In this session, Ian Beattie, Co-Chief Investment Officer, NS Partners gave us some chunky observation to chew upon, which included: Most emerging economies are on very different rungs of the development ladder. However, Asian money supply is increasing. In addition, the demographics and productivity improvements bode very well for many Asian economies and the rising middle class is consuming and traveling more. Finally, Asian private investments have increased from $0.8 Trillion in 2007 to $18,8 Trillion in 2017. WOW!

The day continued to rocket forward with a panel discussion about Financial Services Industry change that may have scared some people but excited me; in fact, it made me want to find out more about that thing called The Internet!

I could rattle on about the diversity and breadth of the fund managers we were privileged to listen to but, on this, I can summarize by saying “those Brits are often a Lot Smarter than they look.”

The show ended on a beautifully high note with Professor Sarah Harper, Gerontology, University of Oxford who gave us another compelling reason to ‘save like a world cup keeper’. Speaking without notes or screens she took us on a fascinating statistical journey regarding the evolution of aging in the developed world and (if you’re a ‘developed’ person) your 100th birthday cake may well be in the Cake Fairy’s dairy.

Yes, people are living longer, a lot longer, and more and more 70-80 year-olds are still actively employed. In fact, many companies are looking for older recruits for the experience they bring – and the huge time saving feature that don’t know how to use social media! So, the future really does look brighter AND longer.

Speaking of ‘long’ we then toddled off to The Long Room at Lord’s Cricket Ground for a fabulous dinner and a very enjoyable conversation between Matthew Pearce and our very own Jacques Kallis. Nuf said!

Finally, because someone has to do it, this annual event is already in my 2020 calendar. Investec and its associates are truly playing their part in The ‘Belt & Road’ for RSA Investors. 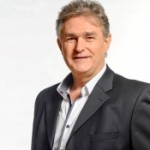 Financial Fitness Services (Pty) Ltd is an authorised financial services provider. FSP 7858. Our COI policy may be requested via email.